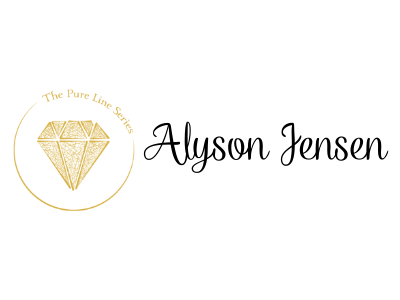 Remember, God inspired men to write the accounts of His mysteries, majesty, and marvelous plan for salvation from the beginning of time until the revelation of what is to come. We have taken the God-breathed Word and compiled it into sixty-six books. Each book begins differently and gives us insight into diverse elements we can use to start our own books {though in no way equal to God’s historical accounts}. So, how did God inspire men to start chapter one?

“After the death of Moses, the servant of the Lord, the Lord said to Joshua son of Nun, Moses’ aide: ‘Moses my servant is dead. Now then, you and all these people, get ready to cross the Jordan River into the land I am about to give to them – to the Israelites.” Joshua 1:1.
The book begins with promise. God is about to move His people into the land they have waited to possess. I have read this method many times before. Bryan Davis {acclaimed author of the Dragons in our Midst series} started many of his books with a prophecy that promised something to the heroes and heroines. It is the same element God used in Joshua. We read on to have that promise fulfilled.

“There was a certain man from Ramathaim, a Zuphite from the hill country of Ephraim, whose name was Elkanah.” 1 Samuel 1:1.
Displaying His omniscience, God introduces us to the man who will launch the plot of this story into full motion. Unlike several other passages, here the opening sentence’s only job is to let us meet the character. Sometimes, instead of launching our characters into a situation, it’s fun just to introduce the character for who he is. Then, when we push off into the story, readers already know who they’re rooting for.

“In the thirtieth year, in the fourth month, on the fifth day, while I was among the exiles by the Kebar River, the heavens were opened, and I saw visions of God.” Ezekiel 1:1.
The prophet Ezekiel wrote this account, and it was God who told him to write. Together, they present a mystery. He tells us where they are and when it happened, but what does it mean that the heavens opened? What were the visions, and what did they mean? Time and again, throughout the prophetic accounts, God presents a mystery in the first few sentences. We read on because we know He will explain it in time.

“The word of the Lord came to Jonah, son of Amittai: ‘Go to the great city of Ninevah and cry against it because its wickedness has come up before me.” Jonah 1:1.
Immediately, God told us the story goal: Jonah must go to Ninevah. The idea behind this masterful beginning is that Jonah spends most of the account running away from the story goal. It was imperative to know what Jonah ought to be doing before he spent time doing the opposite. Countless authors have imitated this element, but none do it so well as the Author of Life.

“Many have undertaken to draw up an account of the things that have been fulfilled among us, just as they were handed down to us by those who from the first were eyewitnesses and servants of the word. Therefore, since I myself have carefully investigated everything from the beginning, it seemed good also to me to write an orderly account for you, most excellent Theophilus, so that you may know the certainty of the things you have been taught.”
This element is called “the unexplained beginning.” Luke, through the power of the Holy Spirit of God, is writing a long letter to someone who already knows what he means. Yet, because we were not originally part of the story, we don’t know what’s going on! We have missed the background of this beginning. It’s a fantastic, engaging way to start the book because now we have to understand what’s happening! Thus, we read on. Luke then does an excellent job recording the life of Jesus and explaining everything to his reader. He started in the future and detailed the past that we may understand what he meant going forward into the book of Acts.

There you go! 5 ways God inspired men to start chapter one of their historical accounts and long letters. Modern authors continue to imitate these elements to capture an audience, simply proving that God the Creator knew how to captivate His imperfect creation with the story of His glorious salvation plan!

Get a Sneak Peek of Betrayed!